What is a Fireman?

He's the guy next door - a man's man with the memory of a little boy.

He has never gotten over the excitement of engines and sirens and smoke and danger.

He's a guy like you and me with warts and worries and unfulfilled dreams.

He puts it all on the line when the bell rings.

He's  a man who saves lives because he has seen too much death.

He's a gentle man because he has seen the awesome power of violence out of control.

He's responsive to a child's laughter because his arms have held too many small bodies that will never laugh again.

the divine peace and selfless service of a job well done in the name of all mean.

He doesn't wear buttons or wave flags or shout obscenities.

When he marches, it is to honor a fallen comrade.

He doesn't preach the brotherhood of man.

This is A Fireman. 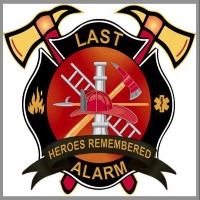